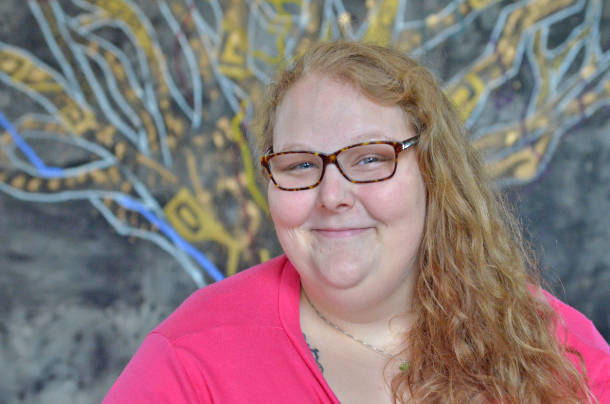 Lauren was adopted at 6 days old in a closed adoption. She maintains that this separation is a deep wound that all adoptees struggle with to some degree and that closed adoptions intensify. As a kid, Lauren fantasized about her birth mom, who she might be, what she might look like. She and other children in closed adoptions speak about looking around perpetually at women in grocery stores, at the mall, wondering if that could be their birth mom.

Lauren is also a birthmom whose pregnancy was the result of an abusive relationship which had alienated her from her family and friends. She declares that giving birth to little Miles that changed her life for the better. She wanted to be someone he would be proud of. Her open relationship with his adoptive parents was jeopardized early-on by the fears and concerns of their extended family.

Many adoptive parents speak of the challenges of coping with the fears and pressure coming from extended family who can view the birth parent as an unknown and a threat to their loved ones. "What if she wants to take him back?" "What if he loves you less because she is around?" These are fears that result from sensationalized stories in media and film and how birth parents in general have been conceptualized in the past. Miles' adoptive parents wanted to end her visits. Lauren told them "it would hurt a lot of these ended."" The full truth is it would have, in her words, "destroyed" her. A wonderful conversation ensued in which she and Miles adoptive parents spoke their fears and concerns, and together they laid the groundwork for a future of candor and honesty as they love Miles together in their different roles.

Lauren surmises that they might be "the picture perfect open adoption" operating in trust and respect, out love for Miles, having done the hard work of relationship building. Lauren and Melissa - birth mom and adoptive mom - are in a partnership that recognizes boundaries, loss and dignity. Miles will never wonder whose belly he was in or who he looks like. He knows his Momma Lauren.