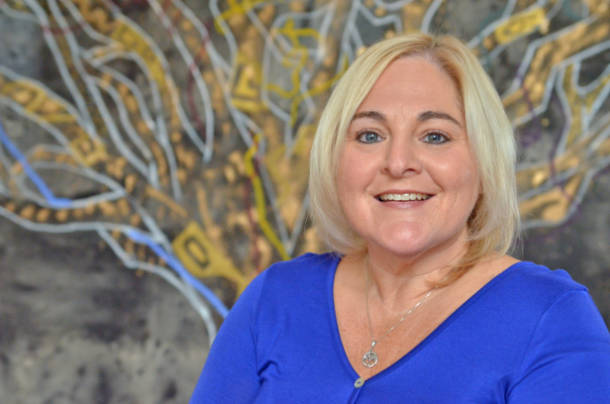 Lori’s adoption plan was not in her control as are many adoption plans today. Her pregnancy happened when the social and cultural pressures still shamed the birth mother. She was not given access to any information about her daughter’s adoptive parents. She received photos through the attorney that handled the proceedings and when that attorney retired the photos stopped.

It took a long time for Lori to feel worthy enough to ask why they stopped. By then it was too late to establish contact again. Lori says that the Birthmom can’t outrun this pain. This “disenfranchised grief”, not acknowledged as valid by our society, caught up with and devastated her 6 years ago. It was then she swore that if it was in her power no Birthmom would ever go through the isolation and shame that she had experienced.

Lori now is a birth parent counselor at Caring for Kids, and in a perfect place to make sure that doesn’t happen to the Birthmoms she encounters. Lori began facilitating a Birthmom’s retreat, a two-day event available only to Birthmoms where they can process their grief, counter the stigma, assumptions and loss with combined strength and nurture their growing group identity and voice. Today, Birthmoms from all over the US come to Ohio for the quarterly retreats that are hosted by CFK, supported by grants and donors. Lori and her team facilitate the retreats. CFK also provides for a monthly Pizza Meet-up for Birthmoms from any agency or state. These events give space for a woman to be “a raw nerve” if need be, in the company of those who completely understand. At a Meet-up one can find birth siblings, birth grandparents and birth moms of all ages, ethnicities and experiences. Lori’s heart for the Birthmom has helped many to find healing and community and the strength that comes from it.